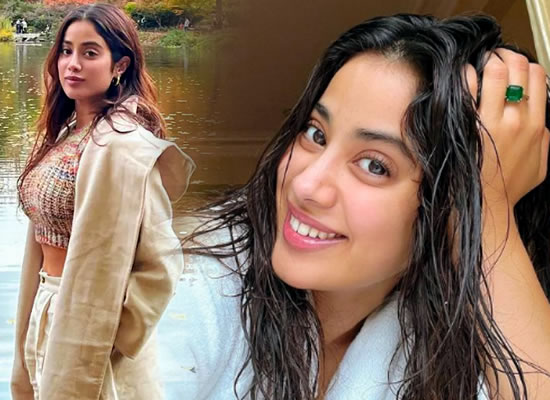 Recently, after enjoying her days in Dubai with her father Boney Kapoor and sister Khushi Kapoor, Janhvi Kapoor is now in New York city.
Now, the Dhadak actress took to social media to share a series of pics from her New York trip. A latest report by a portal had stated that Janhvi wanted to spend time with her friends in the US and hence, she would be there before returning to India.
On her Instagram handle, the Roohi star shared several pics from her New York exploration. In one of the pics, Janhvi can be seen posing in front of artwork at a museum. In another, she is seen enjoying and soaking in the vibes of Central Park. The Roohi actress also gave us a glimpse of the delicious treats she enjoyed in New York and a peek at her fresh out of shower look in a bathrobe. Janhvi captioned the pics as, "NYC for a minute."
On the film front, Janhvi will be seen next in Good Luck Jerry. It is directed by Siddhart Sengupta and backed by Aanand L Rai.