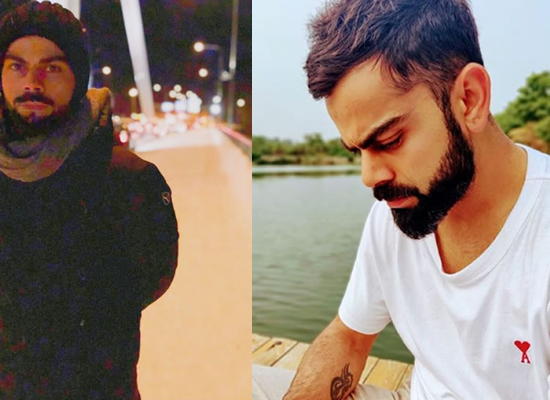 After returning from West Indies, Virat Kohli has been on some PDA mission because back to back, this dynamic cricketer has been posting lovely photographs with his ladylove.
While yesterday, Virat had shared a solo photograph on Instagram in which his white T-shirt bore the initial ‘A’, today, Virat was seen posing for a solo photo while walking on the streets and it was clicked by none other than Anushka Sharma. Along with the photograph, Virat wrote, “Pic credit once again @anushkasharma.”