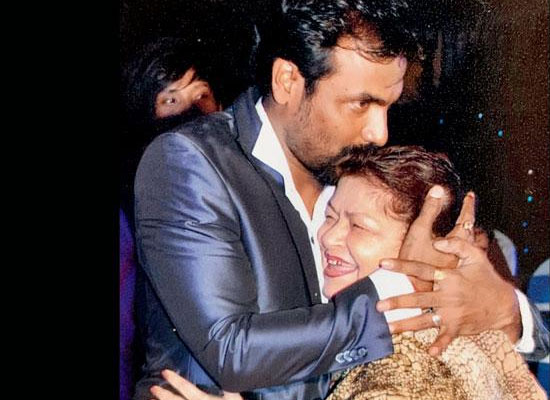 After sad demise of many big celebs, recently ace choreographer Masterji Saroj Khan, who passed away on 3 July, was deeply mourned by the dance fraternity and the actors she worked with. Known as Masterji, Saroj Khan has left behind a legacy in dance like no other.
As per a media reports, Saroj's daughter Sukaina disclosed that the biopic was in talks for a while and choreographer Remo D'souza was likely to take on the project. "Filmmaker Kunal Kohli first approached us then director Baba Yadav’s wife also wanted to make a web series on her life. Choreographer-filmmaker Remo D’Souza also wished to make one, during the shooting of the movie Kalank. She was keen that Remo should make the movie because Remo's life story is also about becoming a hero from zero. Mamma said that Remo is also in the same profession and he will understand her journey and the and the incidents that happen in the life of a choreographer well."
Remo disclosed that talks were underway for a biopic on Masterji's life. "The last conversation took place before the lockdown. Sarojji came to my office to talk about it. While shooting the song titled Tabah Ho Gaye with actress Madhuri Dixit Nene, when we would be together for hours every day, I told Sarojji that her life is inspiring and and that a woman-oriented film can be made on her journey. On hearing this, she readily agreed and had said ‘Bilkul, bol kab banayega. Jaldi bana de'."
Furthermore, he revealed, "Till now I have not said anything officially on this, but this is my dream project.”