Ram Gopal Varma to share a first look of his next Power Star! Fri July 10th, 2020 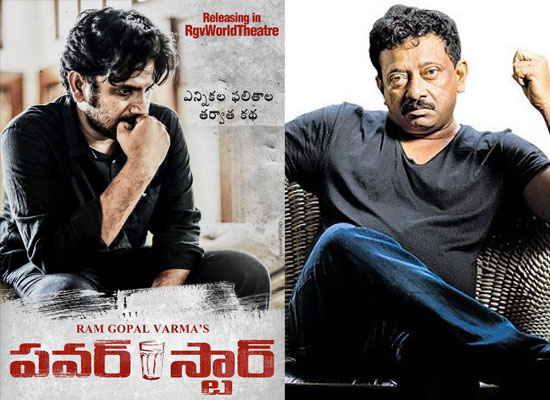 South Filmmaker Ram Gopal Varma has released a few movies amidst lockdown and all of them have managed to create headlines.
Lately, the filmmaker make the headlines after he released a video of Pawan Kalyan's look-alike and soon conjectures began doing rounds that he is making a movie on actor-politician. Later, he explained that it is not a biopic and also shared a disclaimer along with it.
Now, Ram Gopal Varma has shared a teaser poster of the movie. Sharing a glimpse of his forthcoming movie, Power Star's first look poster, RGV wrote, "POWER STAR first look poster will be releasing in 2 hours 36 mints at 11.37 AM ..Any resemblance to any person is strictly coincidental."