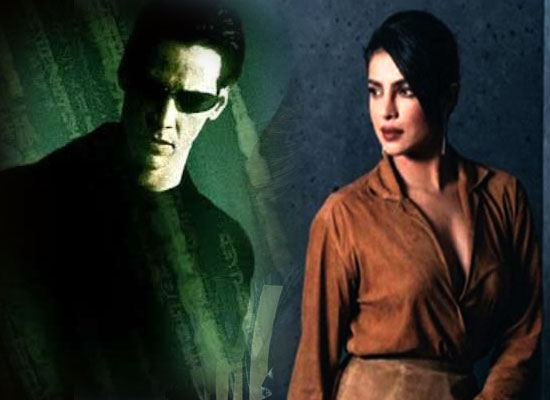 As we all know that The Matrix series is one of the most hit sci-fi movies of all times and International diva Priyanka Chopra Jonas has seemingly joined the cast of the fourth instalment of the Keanu Reeves starrer.
As per a media reports, Priyanka Chopra Jonas has begun shooting the popular sci-fi in Berlin as COVID-19 numbers are decreasing over there. The movie’s shooting schedule was put on halt in March after the Coronavirus pandemic blew up. With only a minor chunk of the movie being shot, it is not too late for Priyanka to join the hit fiction film.
Earlier, the team had completed its shooting schedule in San Francisco before moving to Germany post the break. There have also been reports about the cast of the film training for certain action sequences that are a major part of the film. Keanu Reeves will play the lead role of Neo in the much-loved action drama film.