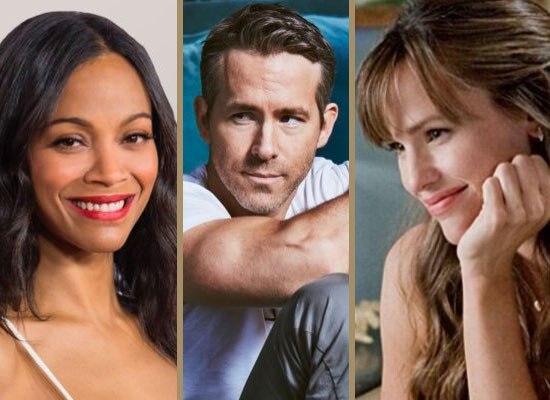 As per media reports, Zoe Saldana and Jennifer Garner are officially joining The Adam Project. Both will join Ryan Reynolds in the film, which is described as an action-adventure for Netflix. The Adam Project will seemingly follow a pilot played by Ryan, who uses rudimentary time travel technology to reunite with a younger version of himself in order to solve a mystery.
Jennifer Garner is set to play Ryan‘s mother in the past, while Zoe will essay Ryan‘s wife in the future, who is a fighter pilot. The film will be the first project for Ryan‘s The Group Effort Initiative, which is a self-financed diversity and inclusion program that aims to give people of colour a chance to work and learn on the actor’s productions.