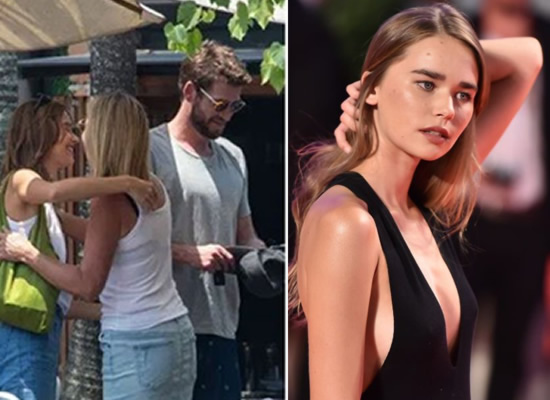 Recently, Liam Hemsworth was spotted with a new lady love. The Hemsworth brother was seen having lunch with Aussie model Gabriella Brooks and his parents. Now, paparazzi spotted Liam with his girlfriend on the beaches of Australia. The two Aussies were soaking up the sun on the beach of Byron Bay.
Liam and Gabriella were spotted having a good time and indulging in some PDA under the sun. In photographs shared by a tabloid, Hemsworth was seen wearing a colourful pair of printed shorts while his 21-year-old model girlfriend exhibited her curves in a red and white bikini. The photographs showed the duo jump into the waters with Liam unable to keep his hands off his lady love.