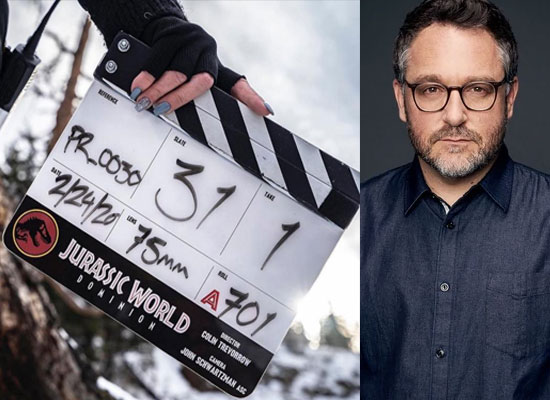 As per reports, Jurassic World 3 makers have pronounced the title of the forthcoming sci-fi movie. The third movie from the franchise sees Chris Pratt and Bryce Dallas Howard repeat their Jurassic World roles as they are joined by Laura Dern, Jeff Goldblum and Sam Neill. While the plot is still under tight wraps, Jurassic World 3 director Colin Trevorrow and Pratt took to social media and disclosed the title.
The filmmaker posted the photo of the clapboard from the sets and disclosed that Jurassic World 3 is titled Jurassic World: Dominion. The director shared the photograph with the confirmation that the filming has kicked off. Pratt shared the same image on his Instagram and posted the meaning behind the title. Pratt posted, "Day 1 of 100" before he further added, "JURASSIC WORLD do·min·ion /dəˈminyən/ 1. sovereignty or control. "man's attempt to establish dominion over nature”". The actor also added a fair warning, "Hold onto your butts."