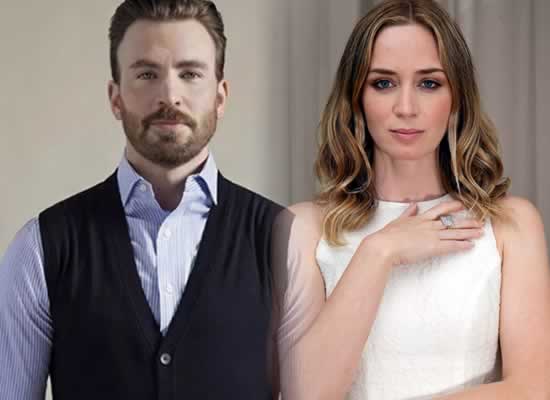 Finally, Chris Evans and Emily Blunt are going to star in a movie together! As per media reports, Chris Evans has been confirmed to co-star opposite Emily Blunt in Pain Hustlers, to be helmed by Fantastic Beasts: The Secrets of Dumbledore director David Yates and written by Wells Tower.
Interestingly, Netflix got its hands on Pain Hustlers' global rights for a whopping USD 50 million at the recently concluded Cannes Film Festival. Pain Hustlers, as described by David Yates, is tonally similar to The Wolf of Wall Street, The Big Short and American Hustle, while production on the A Quiet Place II star and the Lightyear star's movie is expected to begin in late August. As for Pain Hustlers' storyline, Emily Blunt plays Liza Drake, a high-school dropout with a young daughter in tow. Liza dreams of a better life for her family and lands a job in a failing pharmaceutical startup in a yellowing strip mall in Central Florida. With her charm, guts and drive, Liza catapults the company and herself into the high life but soon finds herself at the center of a criminal conspiracy with deadly consequences. Chris Evans' character details are yet to be known.