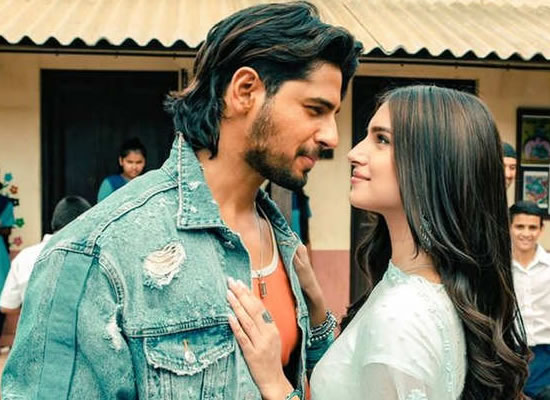 Bollywood's newbie star Tara Sutaria is just a film old in the industry but she has already been linked to her co-stars. As per reports, Tara has been linked with her Marjaavaan co-star Sidharth Malhotra and during her appearance on Koffee With Karan, Tara had confessed that she has a crush on one of the former students. Recently, Tara is busy with the promotions of Marjaavaan and during a media chat, when she was questioned about dating rumours, Tara had told that she doesn’t feel awkward with all the gossips.
On these all the link-ups rumours, Tara revealed, “And it’s fun it's sort of flattering in a way that people see a chemistry and, and write about that and things like that and it's part of what we do,”.
Furthermore, when Tara was questioned about working with her ‘crush’, the she revealed, “We actually met while we were filming in Marcia and it was it was lots of fun. Of course, it was very serious and intense as well but I think everyone connected well on the sets. And yeah, it was fantastic,”.
In the film, Tara essays the role of a speech impaired girl.