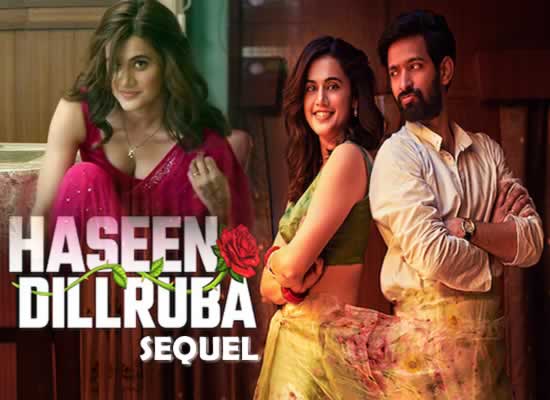 Earlier, Taapsee Pannu and Vikrant Massey's murder mystery Haseen Dillruba took the streaming platform by storm. Being hyped as a 'pulpy thriller', the movie opened to mixed reviews from the viewers as well as critics.
Now, as per latest media updates, there's much talk about Haseen Dillruba's sequel being in the works. A media source disclosed, “There is interest in the film because it broke into the Indian market in a way that no other Hindi movie on Netflix was able to. Its success can be attributed to its story and pulpy treatment. The producers and the streaming giant are pursuing the idea of a sequel. Writer Kanika Dhillon is toying with the idea of picking up the narrative from where the first part ended."
The film followed the story of a totally mismatched couple, Taapsee and Vikrant, who tied the knot after an arranged marriage meet. However, things go south when Taapsee's character gets attracted to her husband's cousin essayed by Harshvardhan Rane. As per media reports, Haseen Dillruba emerged as the most-watched Hindi film on Netflix in 2021. When questioned about a possible sequel, Taapsee Pannu told, "All I can say at this point is that I can’t deny (the news)."