Salman Khan opens up about his kiss scene with Disha Patani in Radhe! Mon May 03rd, 2021 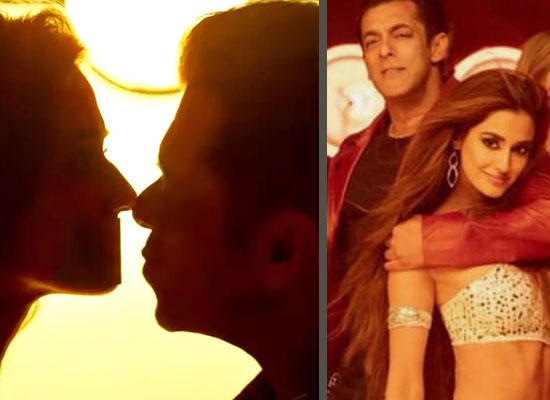 As we all know that fans are waiting eagerly Salman Khan's much awaited cop drama Radhe: Your Most Wanted Bhai. Amid all this, Salman’s kissing scene with co-star Disha Patania has been winning a lot of attention as the Bhaijaan star is known to have no-kissing policy for years now.
Now, in a recently released BTS video of the film, Salman has lastly opened on the much chatted about kissing scene and disclosed that there is a twist to it. The Wanted actor specified that while there is a kissing scene in the movie he revealed that he had kissed on the tape. “Iss picture me kiss zarur hai.... Disha ke saath nhi hai. tape par hai kiss tape par,” he clarified.
Furthermore, Salman was also seen praising for Disha and stated that he feels they that looked the same age. "Kamaal ka kaam kiya unhone. Badi khoobsurat lagrai hain. Hum-umar lage hain hum dono. Nahi, woh meri umar ki nahi, main unki umar ka laga hu (She has done wonderful work in the movie. She has looked very beautiful. We look to be of the same age too. No, she did not look my age, I looked like hers),” Salman was quoted saying.