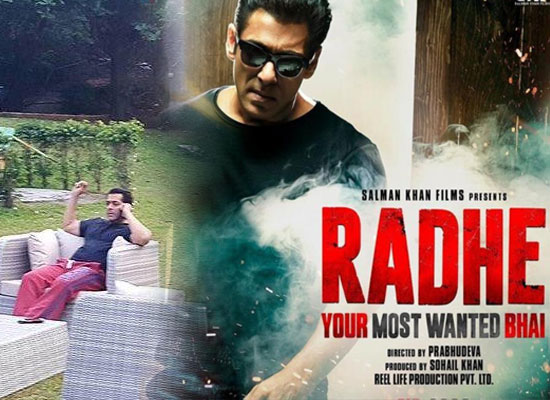 The whole film industry has been under lockdown since last week amidst the Coronavirus pandemic. Consequently, numerous films and television shoots were brought to a halt. This included the shooting of Salman's Radhe: Your Most Wanted Bhai. But, Salman isn't letting the lockdown impact the production of Radhe. While he might not be on sets to finish the film, the actor has started the post-production work on the Prabhudheva directorial.
As media reports, Salman has converted his Panvel farmhouse into a workspace. A source disclosed to the daily that the movie's shooting is almost complete. The director just has one song featuring Salman and Disha Patani left to shoot. While they wait for the lockdown to open, Salman decided to start the post-production work. "He was clear that taking precautions was of utmost importance at this time. So, he took a small post-production team with him. The superstar headed to Panvel last Wednesday. While director Prabhudheva is in Chennai, Salman is constantly in touch with him over the phone. The two are supervising the editing," the source disclosed.