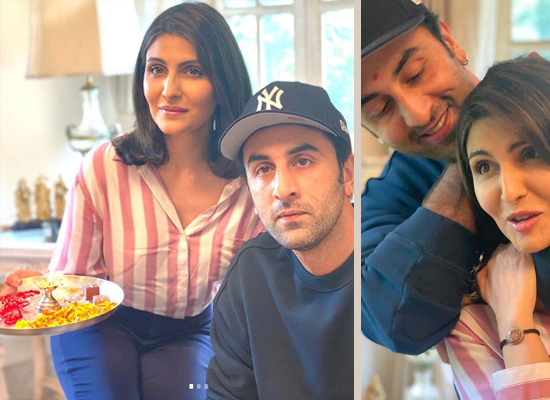 The nation celebrated Raksha Bandhan on 3rd August 2020, the social media was flooded with photos of Rakhi celebrations which have been shared by both celebrities and commoners. Amidst all this, Neetu Kapoor also shared a glimpse of Ranbir Kapoor and Riddhima Kapoor Sahni’s Rakhi celebration.
Late Rishi Kapoor’s wife Neetu Kapoor shared loveable photos of this adorable brother-sister duo. In the photos, Ranbir, who was dressed in a dark blue sweatshirt and cap, was seen teasing Riddhima who looked beautiful in her pink and white striped shirt and dark blue trousers. The duo was seen celebrating their bond in the best possible way. Neetu Kapoor was also all hearts for their equation.