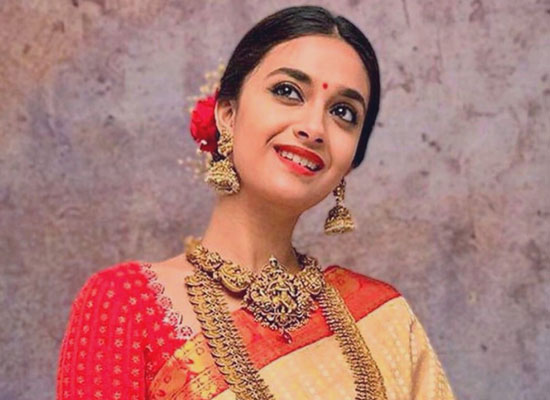 South star Keerthy Suresh is enjoying her success in south film industry. As we all know that Keerthy has acted in numerous hit films including Idhu Enna Maayam, Mahanati, Sarkar among others. But, nowadays, Keerthy hit the headlines over reports of her planning to get married to a businessman. Reports began doing rounds that Keerthy has decided to get her married to a prominent businessman with political ties.
As per media reports, Keerthy has rubbished the conjectures and has stated she is totally focused on her work. She made it clear that there is no truth to the reports of her getting married. On the film front, Keerthy Suresh will be working with superstar Rajinikanth in the much-awaited film, tentatively titled Thalaiva 168. She will also be seen in Telugu film, Rang De opposite Nithiin.