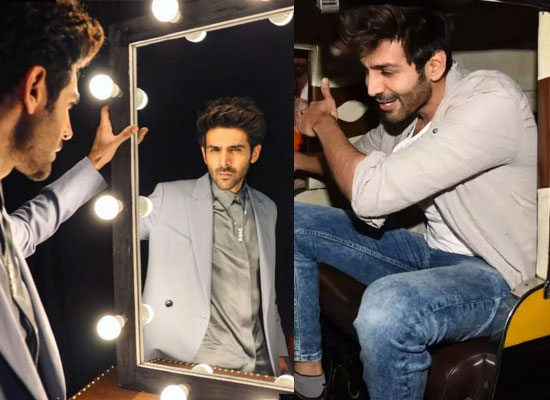 Bollywood star Kartik Aaryan debuted in the year 2011 with Pyaar Ka Punchnama. Being among one of the famous celebs in Bollywood, the boy from Gwalior has been winning the hearts of the viewers with his charming looks and striking monologues. But like everybody, his road to fame had also not been so easy. Kartik opened up about his struggle to reach where he is now in numerous interviews and chat shows.
Recently, talking about his struggling days, Kartik Aaryan told that he shared a 2 bedroom flat in Andheri with 12 flatmates. This was when Kartik had first shifted to Mumbai from Gwalior and hadn't made it big in the film industry. Due to financial problems, he had to share the room. Kartik stayed in the same flat with 12 boys till his third film! The Sonu Ke Titu Ki Sweety actor had reevaled about the same in Karan Johar’s talk show as well.
And as per reports, Kartik purchased the same flat last year. He had paid Rs 1.60 crore for the pad in Rajkiran Co-op Housing Society on Yari Road.
In addition, he also revealed about his experience of skipping college for going to auditions while his parents didn’t have the slightest idea. He had never shied away from sharing his experiences and it looks like his struggles were all for the good as it has paid off well.