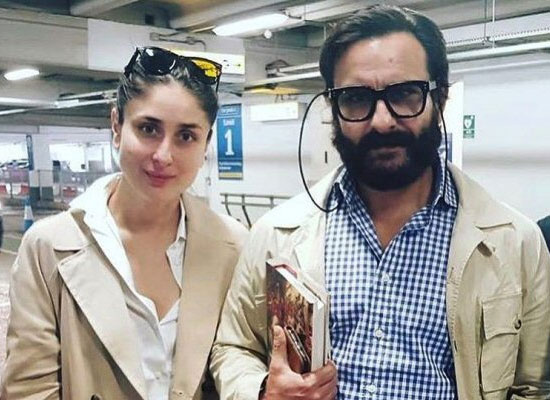 Kareena Kapoor Khan is well-known actress for some notable performances in Bollywood. From Jab We Met to Talaash, she has entertained us over the last 20 years. Recently, she talks about her future and discloses that she has one milestone that she wants to achieve in the next 20 years.
Talking about it to a media channel, she disclosed in 20 years, she sees herself living in London. The actress admitted she wants to move to the gorgeous British city. "London is my favourite city in the world," she told, reasoning her future plans.
Beside her 20-year plan, Kareena also talked about her life after marrying Saif Ali Khan. The actress, who tied the knot with Saif in 2012, explained the numerous things she learned from her husband.
"The best thing I’ve learned from Saif is being comfortable with myself and not always be running after money, success, fame. He’s taught me to love the greater things in life, that there’s something greater than money, fame and success, which I probably didn’t know like family, love, calmness, peace of mind, or reading a book, or sitting and having a conversation not about work and competition.