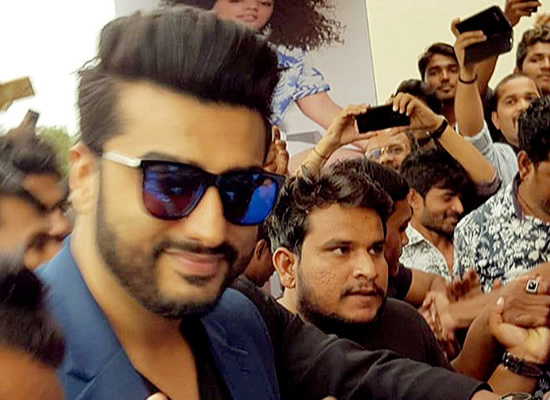 Bollywood star Arjun Kapoor is paparazzi's preferred actor because whenever he is clicked in and around the city, Arjun Kapoor is always smiles and in spite of his hectic schedule, always makes sure to pose for the paparazzi.
Recently, in a media chat, when Arjun Kapoor was questioned about his relationship with the paparaazi, he told that the paparazzi are doing their jobs, and there is a cordial respect that he shares with all of them. “They help me reach out to my fans. On some occasions, I go out of my way to ensure they get that picture they want,” shared Arjun Kapoor. Furthermore, Arjun Kapoor reveals that as long as they respect his privacy, he is okay with everything. Well, what is amazing is that Arjun Kapoor says that he doesn’t mind the paparazzi at all because he feels that one can’t be arrogant to them because they are in the same profession and they both need each other. “Main kapde pehenke bahar hi jaa raha hoon. Mere kya jaa raha hai unko ek picture dene mein?,” revealed Arjun Kapoor.