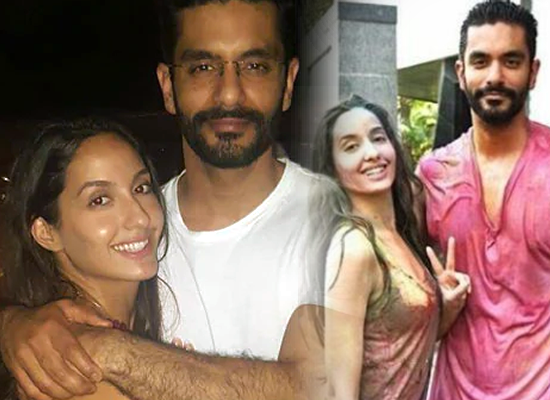 Bollywood celebs Angad Bedi and Neha Dhupia surprised everybody when they broke the news of their marriage last year in May. They tied the knot in a very low-key ceremony and hardly people including celebrities were aware. They also chose to keep the pregnancy news a secret too while they threw a baby shower party for their fraternity pals.
Recently, in a media chat, Angad opened on why he kept two important occasions secret and also broke his silence on dating Nora Fatehi.
When questioned about keeping the marriage a secret. He said just like his father's marriage he too wanted a very intimate ceremony and they also didn't want their marriage to create ruckus and issues for others. He told that he ensured to have a great baby shower for their daughter Mehr.
When questioned about Nora, he told that he believes that there is dignity in everything. He added how some relationships work while some don't. He added how Nora is a lovely girl and she is doing exceptionally well. He also said how she is a star in the making and how her body of work is being accepted by the viewers. He added that he wishes her all the best and all the love and luck.
He further added, “I feel the partner that she deserves, will come her way very soon. I feel everything has a timing. It’s like the universe wanted to change something within me and it happened, the universe wanted some change within her and give her stardom and it happened. Right now, it’s time for her stardom, after stardom there will be time for family. I feel you can’t challenge it, you know, you have to accept it. I feel that was the case and I felt that as an artist you have to just respect. I also feel that there’s dignity in silence and there’s lot of respect."