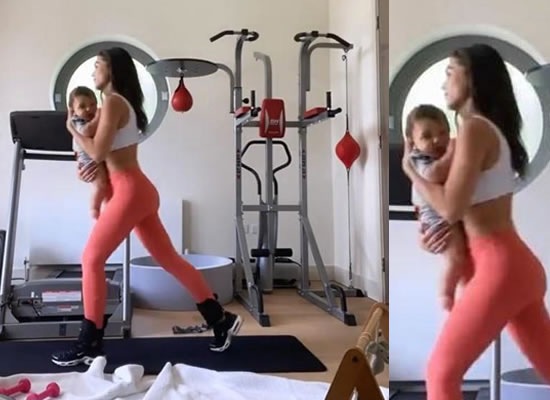 Bollywood star Amy Jackson took to her Instagram Stories, where she is seen exercising holding eight-month-old son Andreas, whom she has earlier called her "lockdown buddy".
Amy and her fiance Panayiotou became parents to a son and shared his image on social media in September last year. About her film career, Amy made her acting debut with the 2010 Tamil movie "Madrasapattinam". Her last big release was the Rajinikanth-starrer "2.0" in 2018.