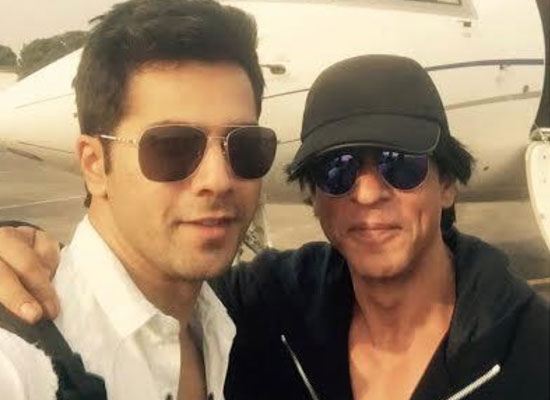 Amid coronavirus outbreak, celebs have been making the most of their time by prepping for their forthcoming projects. For Shah Rukh Khan, it has reportedly been a time during which he has been reading scripts for his production house.
As per a latest report in a daily, Shah Rukh Khan has seemingly used his time to hear and read several scripts, not just for himself but for his production. While Shah Rukh is already producing a movie starring Abhishek Bachchan, titled Bob Biswas, it is stated that some of his production projects need younger talent and hence, his Dilwale co-star Varun Dhawan may be in line for a project with him. As per the report, Shah Rukh plans to roll numerous production projects post the pandemic subsides.