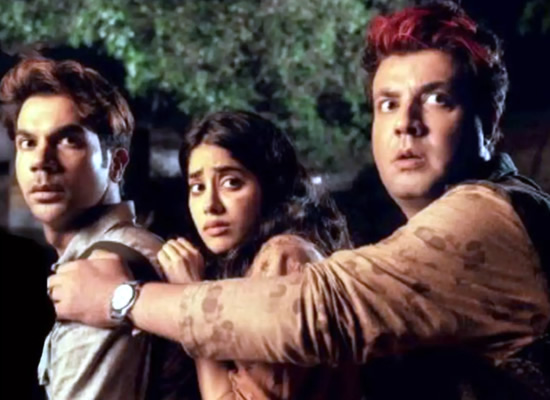 Dinesh Vijan's horror-comedy starring Rajkummar Rao, Janhvi Kapoor and Varun Sharma has undergone its third change of name!
The movie was originally titled Rooh Afza, which was changed to Roohi Afza after the makers of the famous rose-syrup drink took offense to their brand name being used without permission. Now that has also been altered to Roohi Afzana, which my khabru says are the names of the two characters Jahnvi plays in the Maddock Films presentation. Hopefully the name sticks all the way to Roohi Afzana’s release this April!