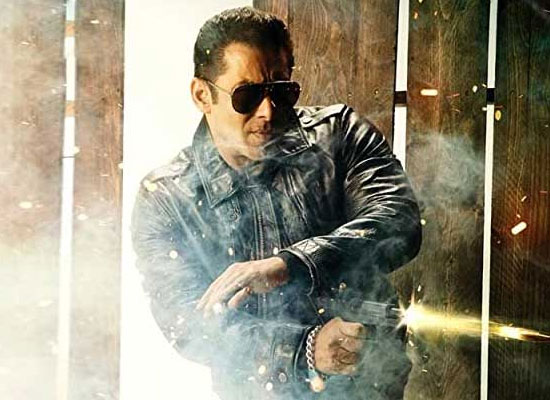 Recently, during a launching event, Salman Khan disclosed that he is keen to bring forthcoming action thriller, Radhe, on May 13, during the Eid weekend, but, due to corona issue, presently, it is not possible to release in theatre. It is possible that the Bharat star would release the film on next Eid.
“The makers of Radhe are very keen to bring it on May 13, however, given the present scenario, releasing it in May seems unlikely. They will reanalyze the on-ground scenario in the last week of April and then announce the postponement plans of Radhe. If cases drastically fall (which looks difficult), the film might just come on Eid with a tight campaign. The team has all their material ready – ranging from the posters to theatrical trailer and songs, and are all indulged in the wait and watch game for now. But realistically speaking, Eid release in May looks hazy,” disclosed a media source.
The media source further revealed, “If they miss out on Eid weekend, the next release date for Radhe will be the Bakri Eid weekend in July – That’s exactly what Salman meant when he said, ‘Yeh Eid Nai, Toh Agle Eid Par Ayenge’. The makers have kept that option open and given the uncertain times, multiple plans are been churned out at the moment. It might release on July 16, to reap benefit of extended weekend, or be a mid-week release on occasion of Bakri Eid holiday on July 20/21. A final call on exact date isn’t take, but they are looking at the Bakri Eid weekend to bring Radhe.”