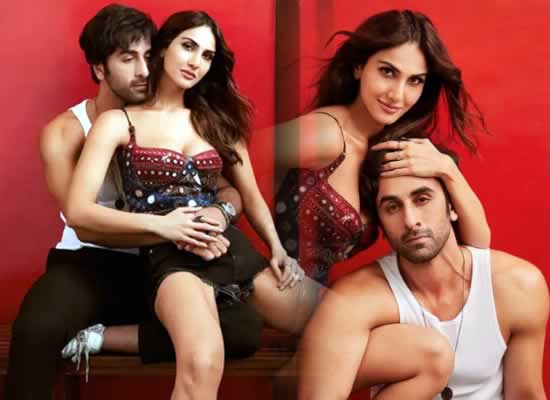 Bollywood actor Ranbir Kapoor is gearing up for Shamshera. Starring in a unique avatar, Ranbir Kapoor has already sent his admirers into a tizzy with the trailer and his look. Now, the Rockstar actor has been turning up the heat with his co-star Vaani Kapoor. As Ranbir and Vaani did a sizzling photoshoot for the promotions of Shamshera.
The actors who play Balli and Sona, have been making social media an even more buzzing place with these new pics. Recently, Yash Raj Films dropped a brand new set of photos featuring Ranbir and Vaani. In the pics, the actors look hot as they hold each other close.
Sharing the pics, YRF captioned it, "Keeping each other company... Balli & Sona. Celebrate #Shamshera with #YRF50 only at a theatre near you on 22nd July. #RanbirKapoor | @duttsanjay | @karanmalhotra21 | @shamsheramovie | #Shamshera22ndJuly."