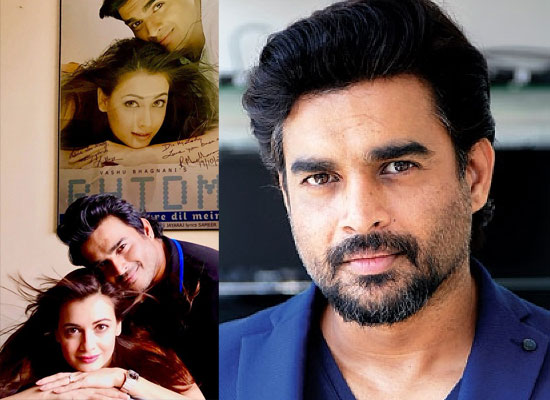 After 19 years, a few media reports disclosed that makers are interested in a sequel of Rehnaa Hai Terre Dil Mein and have found an appropriate script for original lead actors Dia Mirza and R Madhavan to reprise their roles.
On this, Madhavan is thrilled at the prospect of a sequel and took to Twitter to express it. R Madhavan posted, "#RHTDM ..Guysss ...been reading rumors about the sequel .. and hoping it’s true-cause I have no idea about this...just praying that someone somewhere has an age appropriate script for Dia and I."