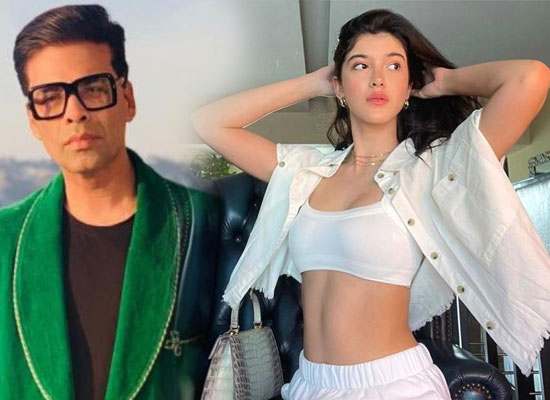 Earlier, filmmaker Karan Johar introduced Sanjay Kapoor's daughter, Shanaya to the world of showbiz as he got her on board his talent management agency. Now as per a media update,  Sanjay Kapoor’s daughter, Shanaya will enter the Hindi film industry with a romantic comedy, which will be produced by Karan with Shashank Khaitan.
“It’s a love triangle in the rom-com space and two other actors in the film will be Lakshya Lalwani and Gurfateh Pirzada. The trio has been attending several acting workshops over the last 6 months as the first idea was to take the film on floors by the month of July.  However, the second wave of pandemic has delayed all the plans and the makers are now awaiting restrictions to be lifted before chalking out a new schedule,” disclosed a media source.
When the lockdown is eased, a team from Dharma will go on a recce abroad and as things stand today, the idea is to start shooting in the last quarter of 2021.