Ishan Mishra talks about his role in the upcoming Janhit Mein Jaari! Thu May 19th, 2022 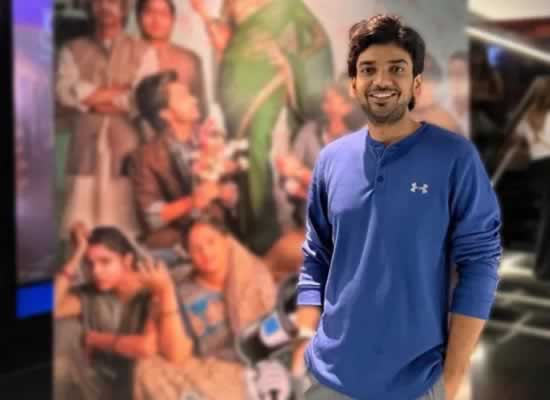 Web series star Ishan Mishra, who is best known for his performances in web series 'It's Not That Simple 2' and 'Laakhon Mein Ek 2' is all set to make his movie debut with 'Janhit Mein Jari' starring along with Nushrratt Bharuccha, Vijay Raaz and others.
Speaking about his role, he tells, "I am playing a very interesting part called Achaanak in the film who is also a condom company salesman. I would wait for the film to release and not spill the beans now. So last year I got an opportunity to audition for the same. I had given the screen test for the same and the director liked it, soon after that I had a short meeting with him and one week later I was informed that I'm assigned for this part."
Speaking about his working experience with Nushrratt Bharuccha, Vijay Raaz and others he says: "It was certainly a mind-blowing experience. You get to observe and learn a lot from each one of them. They are very accomplished senior actors and have a lot of experience to offer to newcomers like me. Most importantly, they are great human beings. It was really an amazing experience shooting in my hometown Gwalior for the movie."
About the movie, he reveals, “'Janhit Mein Jaari' is the story of a young girl, a crusader who takes up a challenging job selling condoms in a small town in MP, India. The film takes one through the journey of the challenges she faces amidst the social taboo and how she takes on the resistance from her family and the entire town. All told through the trademark Raaj Shandilya humour."