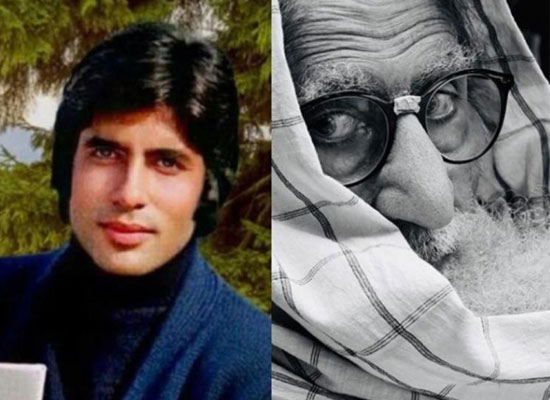 Presently, Amitabh Bachchan is currently under home quarantine with his immediate family members often keeps on sharing thoughtful and at times, amusing posts on social media that grab the attention of his fans most of the time.
Big B has now posted a then and now pic of himself along with a thoughtful post. He writes, “Srinagar, Kashmir .. ‘KABHI KABHIE’ .. writing the verse for the song ‘kabhi kabhi mere dil mein khayaal aata hai ..’ AND .. Lucknow, month of May .. 44 years later ( 1976 to 2020 ) Gulabo Sitabo .. and song playing .. ‘ban ke madaari ka bandar..”
Furthermore, he writes, “Kya they aur kya bana dia (what have they made us).” Big B’s first picture is a throwback one in which he is seen wearing a blue cardigan while the second picture shows a glimpse of his character from Gulabo Sitabo.