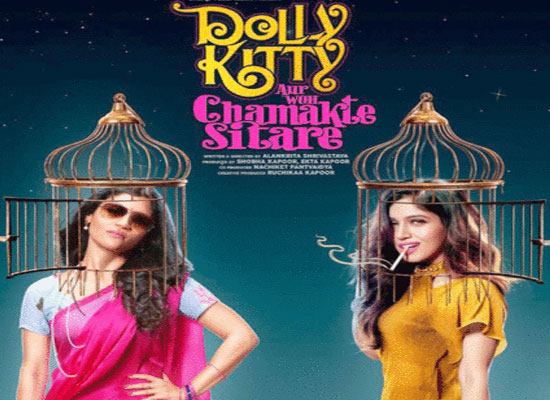 As we all know that Bhumi Pednekar and Konkona Sen Sharma are essaying siblings first time in Alankrita Shrivastava movie Dolly Kitty Aur Woh Chamakte Sitare, that deals with several social taboos and challenges them at large.
Due to lockdown, the TV mogul Ekta Kapoor has been in discussion with some of the prominent OTT platforms to release Dolly Kitty Aur Woh Chamakte Sitare. A media source reveals, "Negotiations are on at this point and they will settle for the best deal they get. Bhumi and Konkona's film will definitely be releasing online but the team is currently just figuring out which digital giant they will sell it to. It all depends on the money each has to offer. Netflix and Amazon Prime are both in contention."
Another media source reveals, "The film is mounted on a very small budget, like Alankrita's last film Lipstick Under My Burkha. This is again a very socially relevant film, which caters to a particular target audience, which is also similar to what the OTT giants cater to. So it's a good move on the makers' part to sell it off. Theatres aren't showing any signs of reopening in the next two months at least and if all was well, Balaji had initially planned to release Bhumi and Konkona's movie around May itself."