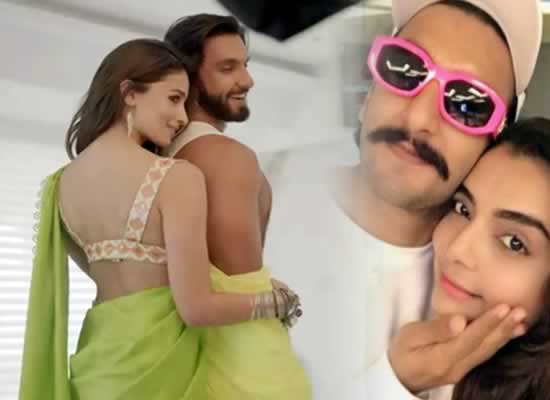 With Alia Bhatt and Ranveer Singh starrer movie Rocky Aur Rani Ki Prem Kahani, Karan Johar will be stepping into the shoes of a director after a hiatus of 7 years. As per media updates, now the well-known choreographer Vaibhavi Merchant, who has given us some astonishing hook steps from her many songs, is all set to make Alia and Ranveer dance to her tune.
As per media cources, Alia Bhatt and Ranveer Singh are heading to Austria to shoot a song for their movie Rocky Aur Rani Ki Prem Kahani. And if the sources close to the movie are to be believed, Vaibhavi will be accompanying the team as she will be choreographing a song. Vaibhavi has worked a lot with Ranveer but with Alia, she will be collaborating for the second time after Student Of The Year. By the way, she also choreographed Ranveer in his first film Band Baaja Baaraat and later in Ladies Vs Ricky Bahl too. A source revealed, "Vaibhavi has choreographed two more songs for the film."
Rocky Aur Rani Ki Prem Kahani also stars veteran actors like Dharmendra, Jaya Bachchan, and Shabana Azmi. The film is scheduled to release in February 2023.