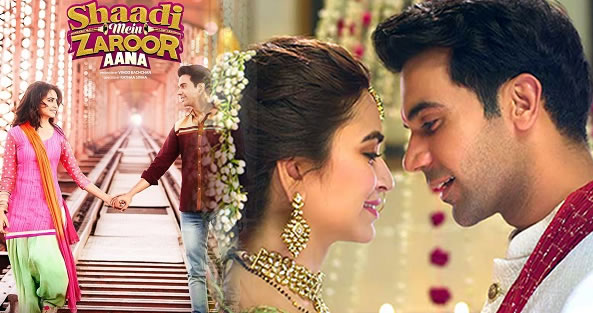 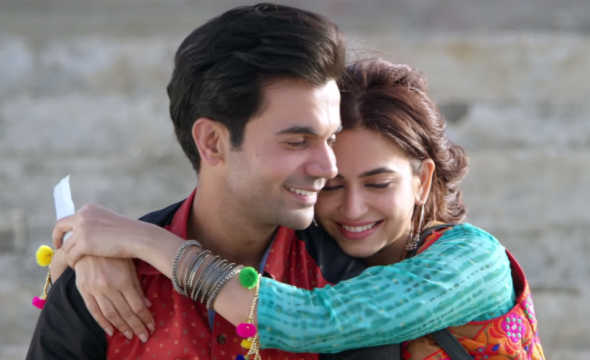 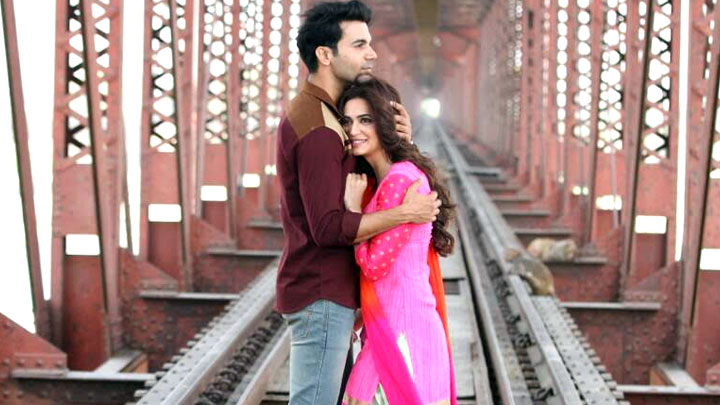 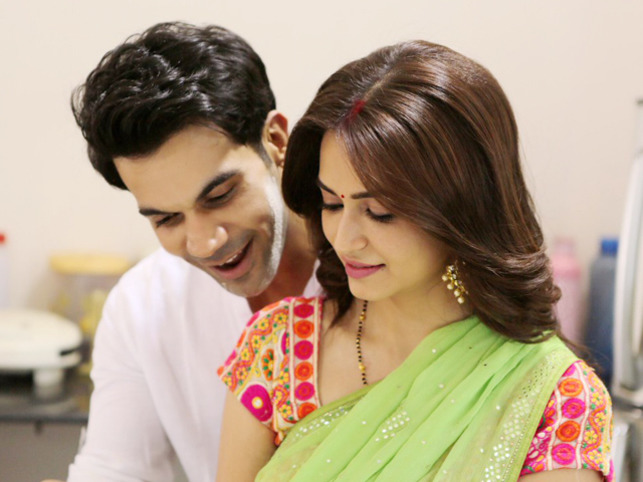 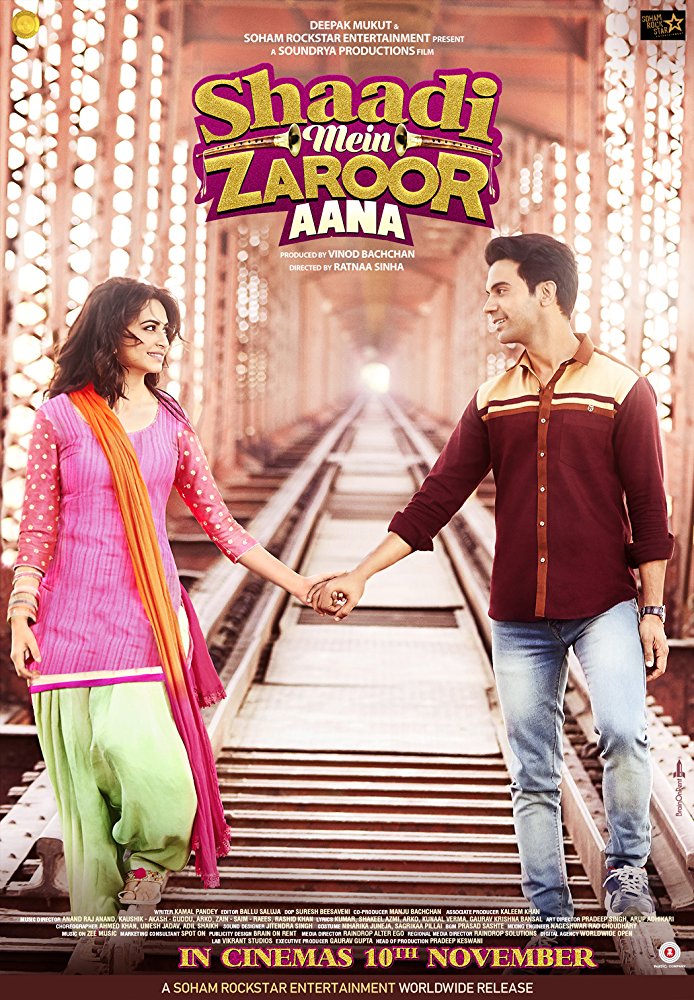 Shaadi Mein Zaroor Aana is a 2017 Indian romantic drama film directed by Ratnaa Sinha. The film stars Rajkumar Rao, and Kriti Kharbanda in the lead roles. The movie is produced by Vinod Bachchan and presented by Deepak Mukut and Soham Rockstar Entertainment.

Synopsis: Satyendra aka Sattu (Rajkummar Rao) and Aarti (Kriti Kharbanda) meet for a proposed arranged marriage and fall in love in the process. Sattu is a clerk. And Aarti wants to be PCS officer and wants to work after marriage. Accepting to her demands Sattu falls in love with Aarti. They share a beautiful bonding having fallen for each other. On the day of marriage Aarti's sister Abha comes to know that Sattu's mother is unaware of the fact that sattu has accepted Aarti working after marriage and is completely against it. On the night of their marriage, the results of the PCS exam attempted by Aarti gets out and she has passed it successfully. Abha advises that she should run away from the marriage and excel professionally, otherwise, her in-laws will destroy her life just like how Abha’s in-laws destroyed Abha’s life. Aarti in huge dilemma chooses her career over love and runs away. Sattu is devastated and heartbroken and his family also gets badly humiliated. He then decides to take up IAS and excel in his life and career.

5 years later, both cross paths and the story takes an interesting turn when Satyendra, now an IAS officer, is assigned the case of framed PCS officer Aarti. Satyendra tries to take revenge from Aarti by humiliating her during the case enquiry. He tests her innocence/character at many instances. At one point he also arrests and puts her in jail. (It is later revealed that the real culprits had planned to kill her and that he put her in jail to save her life.) Finally, Satyendra proves Aarti's innocence and the real culprits are arrested. Aarti and her family are happy and credit Satyendra for his noble gesture. Aarti now madly fallen for Sattu once again tries to convince him to marry her but Satyendra being deeply hurt doesn't want to marry anyone in his life. After a few months Aarti's marriage is arranged with another man, Sharad. Satyendra finally realizes his feelings for Aarti, and tries to marry her on her wedding day, but Aarti refuses as she doesn't want to hurt anybody again. Sattu then forces Aarti to marry him, at which it is revealed that Sharad is actually Aarti's brother-in-law, not her fiance; the entire thing was a setup to get Sattu to agree. Finally Sattu and Aarti get married.

Film is set in the backdrop of Money, Power & Business. largely based on the Stock market. more...
Home / Movies /Shaadi Mein Zaroor Aana