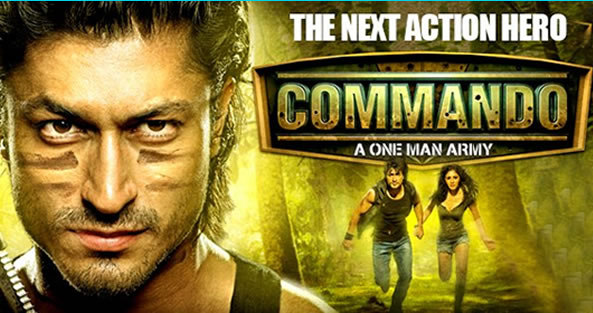 Commando A One Man Army

Karan (Vidyut Jamwal), a commando with 9 Para Commandos of the Indian Army. During a routine helicopter training their helicopter crashes into the Chinese side. The lone survivor of the wreckage, he is captured by Chinese officials. As the crash happened on a river and wreckage of the chopper got washed away, Karan as well as his seniors are not able to convince the Chinese of his innocence. The Chinese feel they can use these circumstances to brand him as an Indian Spy and use this political leverage to embarrass the Indian Government and create an International fracus. The Indian Government feels that under such politically unfavourable circumstances, the Chinese will not accept any proof of Karan having crashed during a routine training so they order the Army to erase Karan's army record, identities and simply deny his existence. Due to this Karan has to suffer inhuman torture from Chinese army for one year in a bid to force a confession out of him.

An alcoholic professor is sent to a juvenile school, where he clashes with a gangster,.. more...
Home / Movies /Commando A One Man Army